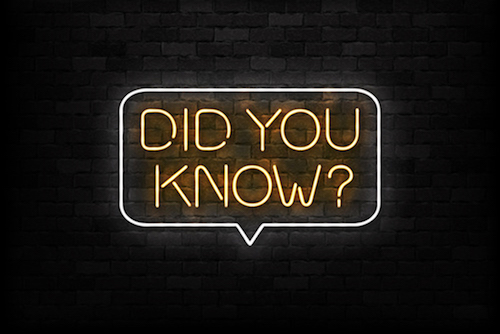 The stigma associated with mental illness is now called “sanism.” Just like racism or sexism, it is a form of oppression and discrimination. And there is a lot of sanism and misinformation surrounding mental illness still present within our society.

It’s up to us, the mental health community, to educate others and set the record straight.

Here are some of the common misconceptions people make and what you need to know.

Fact: Within the last few years, the U.S. has had an increase in mass violence. Whenever these tragedies take place, the media is quick to judge the suspects and label them as “mentally disturbed” or “mentally ill.” In reality, hate is not a mental illness. Only 5% of violent crimes in the U.S. are committed by people with serious mental illness.

The unfortunate truth is that individuals with mental illness are more likely to be victims of violence than perpetrators. There is no reason to fear a person with a mental illness just because of their diagnosis.

Fact: Bipolar disorder does not cause mood swings. It causes cycles that last for weeks or months. People so often throw around the term “bipolar” to describe the weather. When they say this, it downplays the seriousness of the condition and creates misinformation about what bipolar disorder actually is.

Bipolar disorder causes you to have episodes where you experience mania (high energy, rampant thoughts, inability to sleep, grandiose ideas or perspectives, etc.) and depressive states (feeling very sluggish, sad, suicidal, having low self-esteem, inability to concentrate, etc.) These extreme highs and lows take turns, but do not change or swing from moment to moment.

Fact: PTSD is notjust a military man’s disease. Anyone can have PTSD. A rape or sexual assault victim, a domestic abuse victim, a survivor of a natural disaster, someone who’s suffered a loss or even a person who did not face any violence or physical threats themselves directly, but happened to witness someone else who did (i.e. vicarious trauma).

The symptoms include having flashbacks of that event or events, nightmares/night terrors, anxiety/panic attacks, taking precautions to avoid reminders or “triggers” of the event, reacting in a way as if the event is re-occurring, etc.

Fact: People tend to believe that psychiatric medicine is harmful. That, or they believe that psych meds are simply “happy pills” and “an easy way out” for those with mental illness to avoid dealing with their problems. Again, this is simply not true.

Fact: I know it’s hard to come out to anyone about having a mental illness, especially because they’re so commonly misunderstood and people who are unfamiliar with mental illness tend to think that people are the way they are because of nature, personality or attitude. But when you do have the strength, courage and bravery to open up to someone else, you are working to alleviate the stigma, increase awareness, empower yourself, grow as a person, and promote understanding of mental health. So don’t let others perceptions scare you from getting the help you need.

It’s important that we prevent societal constructs from framing people as violent or “crazy” for having an illness that is beyond their control.

Let’s change the world together one step at a time.

Born and raised in the poorer parts of Northern Pasadena, Sky had to navigate the resources available to her at a very young age. Having a family history of chronic mental and physical illnesses as well as disabilities, she was exposed to abuse and neglect and went into foster care at age 15. This opened more doors for her, introduced her to a loving and supportive foster mother, and allowed her to pursue higher education. Now, working toward her doctorate of psychology (Psy.D.) in marriage and family therapy, she has dedicated her life to fighting for social justice/human rights and providing therapy as well as educating others on the importance of mental health. She has also recently published a collection of poetry.

Resources to Help You with COVID19

Check this page often to view our collection.

NAMI QN office is located at:

We continue to support you virtually. If you leave a voice mail message we will call you right back, stay safe and healthy.